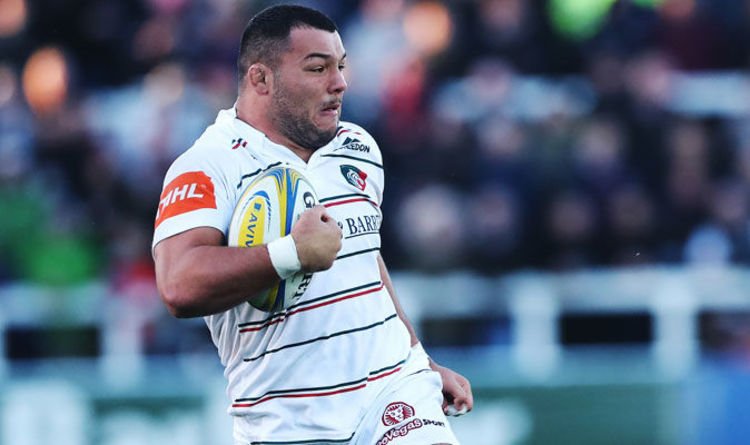 The Leicester Tigers prop was likened to a “baby rhino with a dart up its backside” after a storming season in the Premiership last time out.

If the England Rugby team wants to terrorise Tokyo in 2019, then ripping apart a Samoan scrum at Twickenham would make a whole lot of difference to their World Cup push.

The mean-machine front-rower, nicknamed StoneGenge for his big hits and bulldozing carries, makes his first start at HQ, almost five years after becoming a cult hero at a school’s tournament in the Land of the Rising Sun. Back then the Leicester Tigers badboy was a no.8 before well-respected Hartpury coach Alan Martinovic transformed him.

Martinovic, now chief scout at Bristol, told SunSport: “Even as a teenager Ellis was a ferocious ball-carrier.

“We had a tournament in Japan and because of the explosive way he played, with all that power, the Japanese crowd loved him.” Rebel Genge was constantly urged by England coaches to stick with life in the front row union, despite trying to make it as a no.8.

In 2013, Bristol offered him a one-year deal as a back-row player, but played a blinder by then doubling the terms on the table if he signed as a loosehead. Not only did he have to learn a new trade, Genge also had to pile on some timber and was told he needed to add on 20kg in weight to make it. Genge began his professional career at Bristol, before gaining the attention of Richard Cockerill, moving to Leicester Tigers on loan in January 2016.

The move was made permanent at the end of May 2016. The reason for the move was attributed to off-field issues, including being arrested after an away game against Ulster in 2015.