The All Blacks are gearing up for their crucial game against Wales which will come up on Saturday, 25th November with the kick-off scheduled for 17:15 GMT. 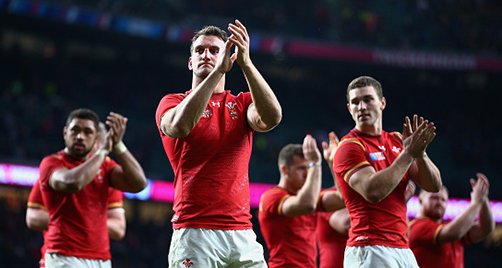 New Zealand captain Kieran Read will miss Saturday’s game against Wales in Cardiff with a sore back. Lock Sam Whitelock, 29, will be the one to lead the team in the absence of Read for the first time in his 96th international appearance.

Read’s place will be taken by Whitelock’s younger brother Luke, who is making his second appearance four years after his debut.

The All Blacks side shows three changes from the 22-17 win over Scotland last weekend. Patrick Tuipulotu takes over from Luke Romano at lock with Liam Squire on the blindside for Vaea Fifita.

Openside flanker Ardie Savea has not recovered from mumps and misses out on the match-day 23. The All Blacks have won 30 of their 33 meetings with Wales, and have not lost against them since 1953.

Sam Whitelock is his country’s most-capped second row and has a family connection to that last defeat in Cardiff. His grandfather, George Nelson Dalzell, was in the All Blacks side which lost 13-8 in Cardiff. Asked about the 29-match winning run, Whitelock replied: “It’s funny you should bring up that game because my grandfather played in that game. “I’ve been waiting for that question for a while. It’s not something that was talked about (in the family) a lot.

Read, the most experienced player in the All Blacks squad with 109 caps, had been struggling with a hip flexor injury but had returned to training on Thursday when he hurt his back.